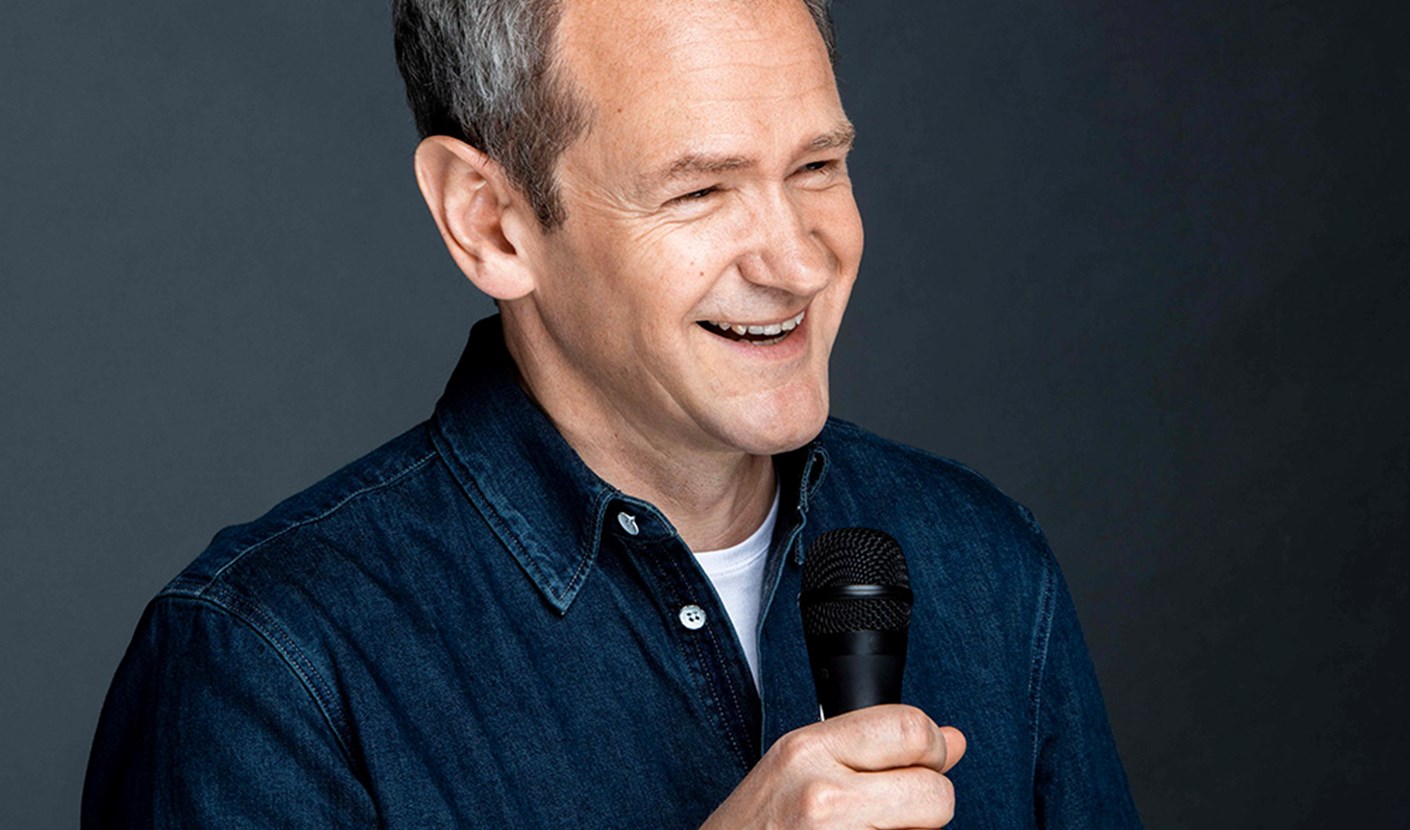 Comedian, writer, performer, singer and TV quiz show host Alexander Armstrong is dropping in to Darlington in November as part of his new one man show ‘All Mouth and Some Trousers’. 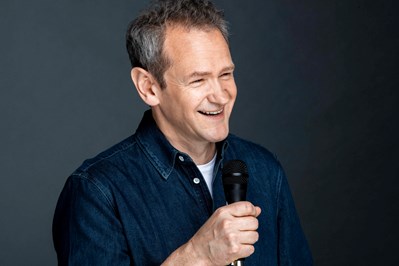 Renaissance Man is a title that sits very comfortably on Alexander Armstrong's shoulders. Nothing seems to be beyond the capabilities of this wonderful performer. He’s had successful careers in acting, singing and presenting.

But now, in news that will delight his legions of fans up and down the country, he is returning to his first love: live comedy.

The comedian is talking to me in the run-up to the tour, which opens at the Warwick Arts Centre on 3 November. You will no doubt be pleased to hear that Alexander is just as delightful off stage as he is on it. He is a rare mixture of the comic, the charming, the captivating and the charismatic.

The performer, who has a huge following from Pointless, his exceedingly successful BBC1 daily quiz show, is really looking forward to reviving his overriding passion for stand-up. "It's been a long time since I've performed comedy, as all sorts of other things have sprung up since we stopped doing Armstrong & Miller in 2010, Pointless being the big one.

"But live comedy is where my roots lie. It is where I come from, and it's still my great love. I'm so excited to be coming back to it."

Alexander, who, since they met in the early 1990s, has had an enormously fruitful double act with his close friend and fellow comedian Ben Miller, says he is thrilled to be returning to the sheer buzz of live comedy.

He relishes the spontaneity of stand-up and the fact that every single night on the road is different. "I guess you’ve laid the tracks that your train of thought might run on, but you’ve got, well, different passengers on board every night.

“Each show is a totally different experience, which depends entirely on the audience. As long as you're not glued to a script, on any night you will go along with what that particular audience is enjoying. I love that about stand-up.”

Alexander, 49, who in his early career was a much in-demand voice-over artist, has also provided voices for many children’s animations including Danger Mouse, Peppa Pig and Hey Duggee. When asked to explain the title of his live show – "All Mouth and Some Trousers" – he laughs, saying perhaps it refers to his desire, after a long period in other fields, to pull on his “comedy trousers” once again. "I felt, on balance, that the mouth had had all the running for a bit. Time to give the trousers a pop. If you see what I mean…

“I absolutely adore doing Pointless, but my job on that programme is to keep the boat steady and to play it off a fairly straight bat. The live show is just a lovely chance for me to have a free hand. It's all very light-hearted. It's just about me returning to my first love: writing stuff and creating characters that make me laugh.”

The performer, whose versatility is underlined by the fact that he has also released three bestselling albums, A Year of Songs, Upon a Different Shore and In a Winter Light, emphasises that "All Mouth and Some Trousers" will be a show with broad appeal. "There will be something for everybody. Anyone who's enjoyed watching me on HIGNFY or who was a fan of Armstrong and Miller will definitely enjoy this. There's plenty there for everyone. Everyone is welcome.‎"

He carries on that, “Perhaps it is not for the Hey Duggee crowd, yes I think it might be a bit much for them but definitely for their parents. And if they enjoy it they can tell the kids about it in the morning.” He adds with a grin.

The show centres on Alexander's early days in showbiz, and the strange business of trying to find a career in whatever door of the industry he could get his foot into. The performer, a terrific actor who has starred in Beast, Life Begins, Doctor Who, Mutual Friends, Hunderby and The Sound of Music Live, focuses particularly on his time as a voice-over artist.

He looks back fondly on the time when he was the voice that launched a thousand products. Alexander reveals that, "I'm going to throw some light on the bizarre world of advertising back in the 90s as seen through the eyes of one of its footsoldiers. It's possibly the stupidest job any grown adult can do, and yet it's taken desperately seriously by its practitioners. I loved it"

Alexander, who also presents a widely loved show on Classic FM every Saturday and Sunday, recalls that, "I would spend my days in a succession of dark, sound-proofed rooms, listening to myself yelling 'the sale must end Sunday’ again and again.

"Meanwhile, in another room there would be a panel of 15 seemingly sane adults who would stop me every five or six takes, go into a huddle, come out and saying, 'Can we listen to take 74 again? We felt that one had more warmth'"

He continues that, "Hours of my life would spool by in that weird soundproofed bubble. And I adored it! As the voice-over, you’re pretty much the last piece in the jigsaw. They’ve done everything else: the ad’s all shot and edited, the picture’s been graded, the sound effects have been put on, but up until you arrive they’ve had to work to some rough guide vocal done by a producer, so everyone gets genuinely excited about getting this last bit DONE.”

Unsurprisingly, all this makes for excellent comic material. "It's certainly a window into a ‘different’ world," smiles Alexander. "And of course, it's peopled by total lunatics, but some genuine originals. And some bonkers stories.

"It was my only job before Armstrong and Miller took off in the mid-2000s. For 15 years, I was in the thick of it, earning my crust doing voice-overs – and it could be a decent, ‘cheese-filled’ crust at times.”

Alexander, an infectiously positive presence, underscores what he hopes audiences will take away from "All Mouth and Some Trousers". "If I have a central philosophy – and it does come into the show – it's 'For God's sake, be happy'. Don't settle for anything less than you deserve, but let’s stop making ourselves miserable. People have started working themselves into such a stew about things that simply don’t matter.”

Much of our unhappiness is caused by social media. “But you are ultimately in charge of what makes you cross, and it’s remarkably easy to decide not to be insanely touchy about stuff. We’re only on the planet for 80 years, so let’s not stodge them up being tedious to one another!”

The performer closes by saying how much he has adored working on "All Mouth and Some Trousers". "I'm just loving it. This is the first time I've done a show like this, but I am hoping it’s something I can do plenty more of.‎

"One thing I do know, it’s going to be enormous fun!"

Alexander Armstrong is at Darlington Hippodrome on Monday 4 November.