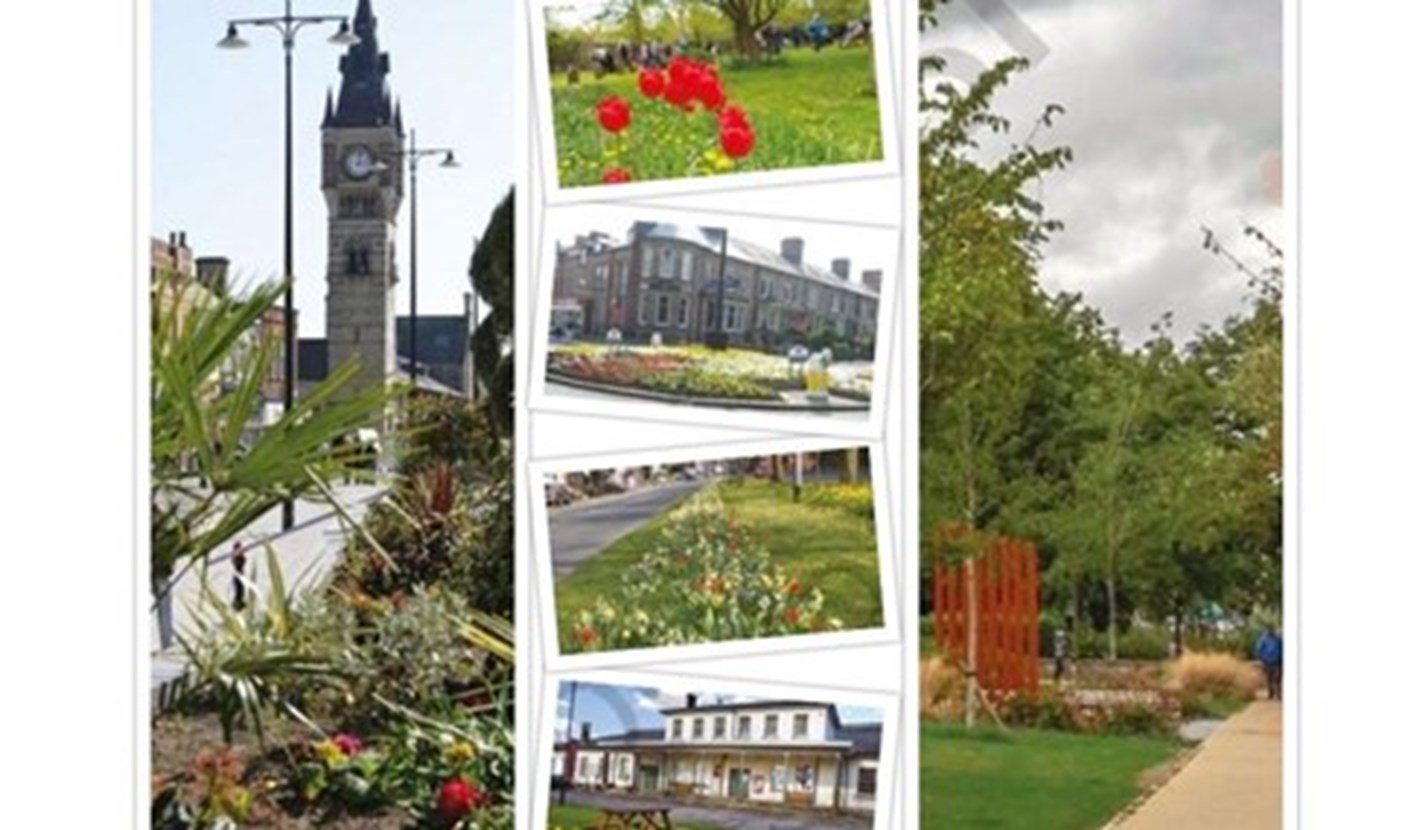 Darlington ‘Best in Class’ in Northumbria in Bloom

Darlington is ‘blooming great’ and that’s official as the town scooped ‘Best in Class’ in the City Centre category of this year’s Northumbria in Bloom awards.

A string of town centre businesses, organisations, venues and other sites across the borough also scooped honours in the awards, which aims to bring cheer to the country through community gardening.

This year’s winners were announced at a special awards presentation at The Lancastrian Suite, Gateshead on Wednesday (25 September) and saw Darlington secure ‘Best in Class’ from the judges.

Gold awards were presented to Hash Bar and Kitchen in the Commercial Premises category; The Old Yard Tapas Bar in the Pubs and Hotel category; the Atisha Kadampa Buddhist Centre for Religious Establishment and Head of Steam – Darlington Railway Museum for the Tourist, Visitor Attractions and Country Estates category.

Silver-Gilt awards were also presented to South Park and Eastbourne Park in the Parks category, while a host of other individuals, groups and organisations across the borough also scooped accolades (full details will be posted on the Northumbria in Bloom website soon).

Comments from the judges stated: “Darlington is a remarkably green city centre with many street trees as well as the numerous public parks, the church grounds and the recently opened-up riverside. The ancient church, handsome Victorian architecture and railway heritage are now balanced by a vibrant, modern city culture, with numerous public events throughout the year.”

The judges also praised the community participation, adding that the many different partnerships developed “undoubtedly means your effort are sustainable for future years”.

“Our entry was all about celebrating the work being done by so many different people in the town to make it as attractive as possible for our residents and visitors.

“It’s marvellous that all their hard work has paid off with a ‘Best in Class’ for the town and ‘Gold’ awards for four individual locations – particularly when you consider the judges last visit was on such a miserable, overcast day. It’s been an outstanding effort by all concerned.”

“The town’s entry in Northumbria in Bloom is a perfect example of partnership working. Everyone came together to make the town centre looks its best and to celebrate what Darlington has to offer and we’re absolutely thrilled those efforts have been recognised.”

The judges had their first tour of the town centre in April and returned in the summer to judge our efforts.

Many businesses displayed hanging baskets and maintained planters while volunteers and council staff worked hard to make the town centre look its best.

The judges visited town’s oldest and newest parks – South Park and Riverside Park - as well as Green Park and Stanhope Park on the edge of the town centre. Their tour also included the town centre’s historic Yards, community gardens and the Hippodrome Theatre.

They met Street Scene staff, volunteers from Darlington Cares and from the parks’ Friends groups who give up their time all year round to pick litter, plant flowers and shrubs, paint and repair street furniture and maintain floral displays

Northumbria in Bloom is part of the RHS Britain in Bloom campaign, a nationwide community gardening competition to transform cities, towns and villages. It’s been helping people to improve their local environment since 1964. More details about Northumbria in Bloom and other winners will be posted on the website soon - www.northumbriainbloom.co.uk