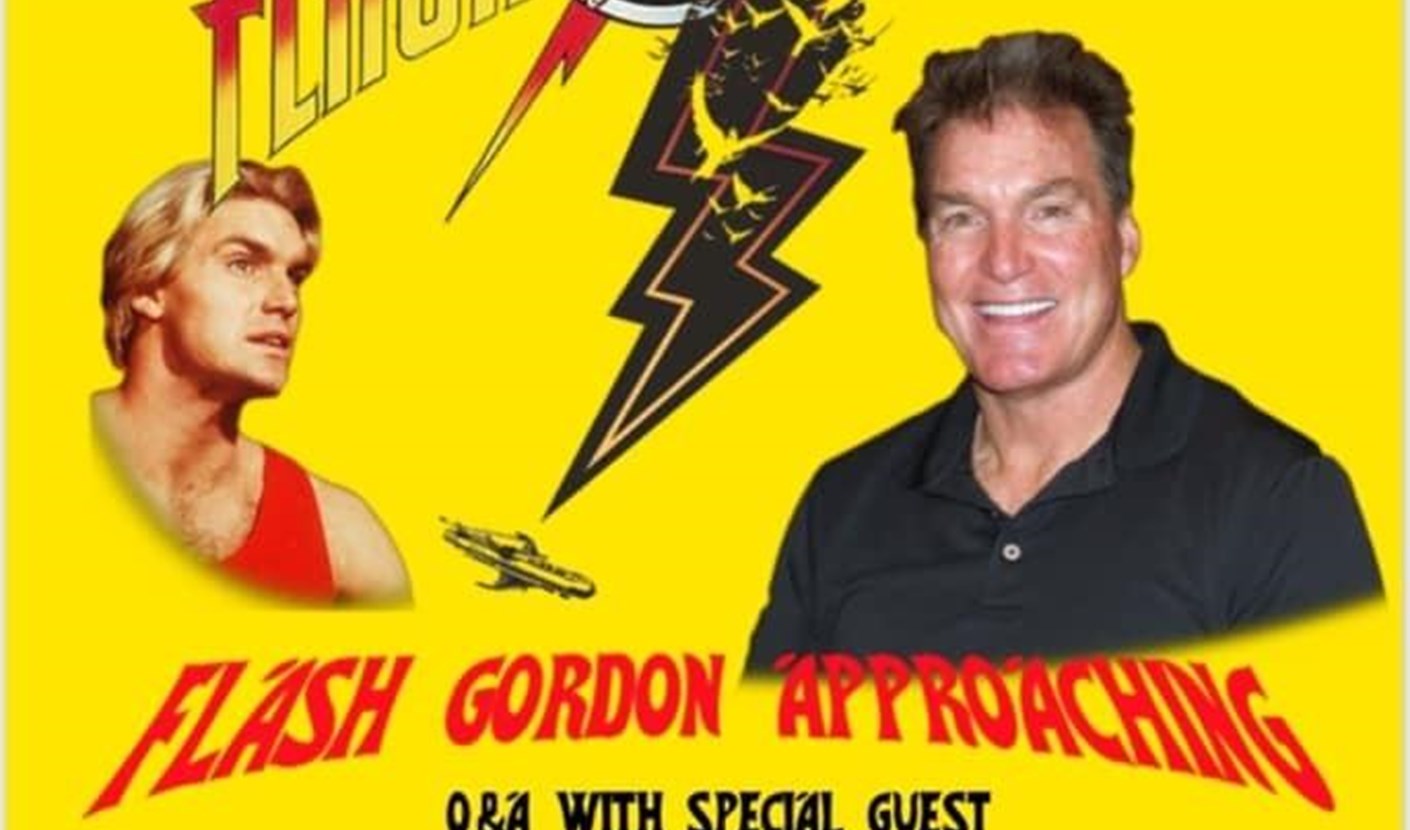 DARLINGTON Film Club has built a reputation for attracting an impressive list of cult movie stars in recent years.

But for club founder James Watson, the next guest will bring back some very special memories.

Flash Gordon himself – actor Sam J Jones – will be appearing at the club, based in the Forum Music Centre on Borough Road, Darlington, on Monday, December 9.

The US star will take part in a Q&A following a screening of the 1980 movie, based on the 1930s comic strip hero, which has become a cult classic.

James was lucky enough to attend the 35th anniversary screening of the film by BAFTA in London, in 2015. It was organised by Lisa Downs, who was at the time directing the ‘Life After Flash’ documentary, which explores Jones’s life since his iconic role in the film.

Jones himself attended the screening, along with other actors Melody Anderson, Peter Wyngarde, Mike Hodges, Howard Blake and Brian Blessed.

“This was such an exciting day for me personally as the film has emotional strings,” says James.

“Back in December 1980, my mum dropped off my three-year-old sister at my aunt’s and took me to see the film in the main cinema in Oxford. It blew my mind.

“When the film finished, she took me to Boots – which back then had a music department – and bought me the soundtrack by Queen and Howard Blake on vinyl.

“I still have that record and in 2004, I and my eldest son – he was about one-year-old then – met Sam J Jones for the first time and he signed the front of that album.

“We got all the involved people to sign the record and the anniversary programme. The event was filmed for the documentary and my son is in the credits, to make one very happy and proud dad.”

James adds: “To have Sam J Jones come to Darlington for a screening of the film and a Q&A is like a dream come true. I still can’t believe it’s happening.

“The event sold out so quickly and so a VIP day with only 20 tickets was put on for the following day showing the aforementioned documentary and to have lunch and play pool with Sam. There’s only a few tickets left for this.

“I can easily say that the LP is one of my prized possessions. It was before it was signed – but even more so now it’s been signed by so many wonderful people who helped bring this amazing film to the big screen.”

This event will round off a busy year for Darlington Film Club, which included an appearance by Suzi Quatro – and 2020 is looking promising with British band The Real Thing already confirmed on January 19 for a screening of their new film ‘Everything’.