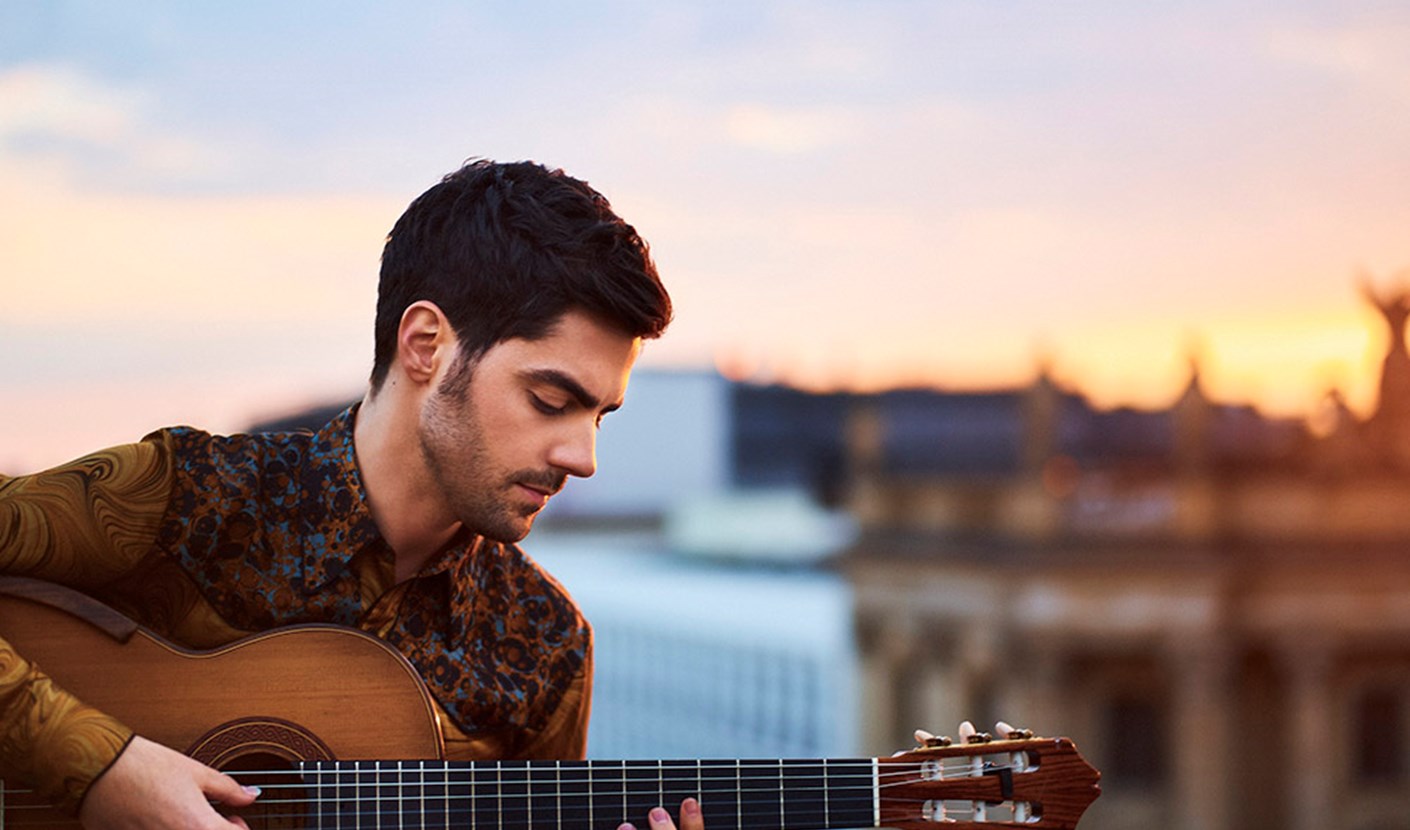 Three years after suffering from a serious hand injury at the peak of his career, guitarist MILOŠ is back with his fourth studio album and a UK tour including the Darlington Hippodrome on Tuesday 24 September.

Described as ‘classical music’s guitar hero’, Miloš Karadaglic received unanimous acclaim for his 2016 Beatles album and now makes a much-anticipated return to recording and performing. He says: ‘This tour and the album are a very personal scrapbook of music that will always have a special meaning to me – from Bach to the Beatles, Granados to Portishead, Piazzolla to Radiohead. It comes after one of the biggest challenges of my life – suffering from a serious physical injury and a mental burnout - this programme is a musical reflection on that time and on my long journey back to full health. It is the music I love above all else.’

For his performance at the Hippodrome he will be joined by members of the 12 Ensemble, in a programme inspired by his journey and showcasing the immense diversity of the guitar: from Spanish classics and Latin American rhythms to baroque dances and the Beatles.

What was the inspiration for your new tour and album?
This tour and the album are a very personal scrapbook of music that will always have a special meaning to me – from Bach to the Beatles, Granados to Portishead, Piazzolla to Radiohead. It comes after one of the biggest challenges of my life - suffering a serious physical injury and mental burnout - and the programme is a musical reflection on that time and on my long journey back to full health. It is the music I love above all else.

When did you start playing the guitar and why? Were you born into a musical family?
I was born in Montenegro during the Balkan wars, in a very happy but isolated environment. My parents aren’t musicians but it was always the thing I was most passionate about. I thought that playing the guitar was special because it made me instantly connect with people. I gave my first proper public performance in Paris when I was 14 years old and I will remember it for the rest of my life – being there felt as if for the first time I was seeing life in full colour and hence I knew it was what I wanted to do forever.

You sustained a devastating hand injury a few years ago – what happened?
It was a very difficult period of my life – both professionally and personally. I developed a repetitive strain like hand injury, which quickly spiralled into bigger issues. There were moments I thought and was told I would never be able to play again. It took time and a huge support network to heal and recover – I needed to rest, rebuild my self-belief and re-evaluate my relationship with music and the world I was part of. It was the most important lesson of my adult life and I now feel much stronger and better than ever before.

Who are your musical inspirations?
As a teenager, John Williams was everything to me - his peerless sound aesthetic, projection and clarity will forever be a huge inspiration and I learned so much by listening to his recordings. I’m inspired by other classical guitarists, their life and work – Leo Brouwer, José Luis Merlin, Máximo Diego Pujol, Francisco Tárrega, Segovia – most of whom appear on my new album. And I’m also inspired by the musicians I meet, the conductors I work with, composers that write for me – it’s a privilege to connect with people and discover everyone’s unique gift, not just in music, but in every other way too.

What was it like selling out the Royal Albert Hall in 2012?
You were the first ever classical guitarist to have performed a solo recital there!
In my imaginary world, when I was a teenager in Montenegro, the Royal Albert Hall was the stage of my dreams. So even before I actually did it, I had played that concert hundreds of times in my head. I was of course very nervous before-hand but mostly I was just insanely excited and focused. It was a huge moment and to this day the best thing I have ever done.

What is it that makes the guitar so special to you?
It’s not an accident that the guitar is the most popular instrument in the world. Whether classical or pop guitar - there is a truly special quality about it. In the classical world, however, the guitar is still fighting for its place, although in the last decade things have changed dramatically. At a time when classical music is searching for new audiences, the guitar is the perfect vehicle to bridge the gap as it sits so perfectly between the worlds of classical and mainstream.

You’ll be playing some music by the Beatles in this concert – why do you love their music?
The Beatles were a bit of an artistic departure for me and through their work and influence I found the sound I had always searched for. It’s music that has stood the test of time, and which will stay for many years to come. On this tour, I hope that everyone will be able to find their own favourites in such an eclectic programme. From Bach to the Beatles, Schubert or Paul Simon, it is all music to me, and I love it.

Milos is at Darlington Hippodrome on Tuesday 24 September.

🌈 Darlington Gay Pride kicks off today (Monday 8th August) with events at Darlington town centre bars including a variety of live performances, special guests, cabaret and parties 🎤 The celebrations begin at 5pm on the Pride Community Stage at Blackwellgate #LoveDarlo https://t.co/gwrypuGidM
08 August 2022 @09:00
If you’re out and about today for the 10k, here’s a summer trail for the little ones. There are SIX prizes and each prize gets ONE family swim, ONE family bowling, ONE family cinema voucher for £25 and a squish a boo toy. Find the clues and collect stickers/stamps on journey. https://t.co/RYQ0LxcsRt
07 August 2022 @07:57
RT @QuakersRC: Good luck to everyone running the @lovedarlouk Darlington 10k on Sunday. Run well, run safe and enjoy yourselves. #darl… }
07 August 2022 @07:26
🏃 Best of luck to everyone running in the Darlington 10k today 🙌 If you're not participating, why not come on down and cheer them on? ℹ️ For further details about the Darlington 10k route, visit the Enjoy Darlington website Details ➡️ https://t.co/dF8ezmXKlV | #LoveDarlo https://t.co/8if6GhR9ee
07 August 2022 @07:00