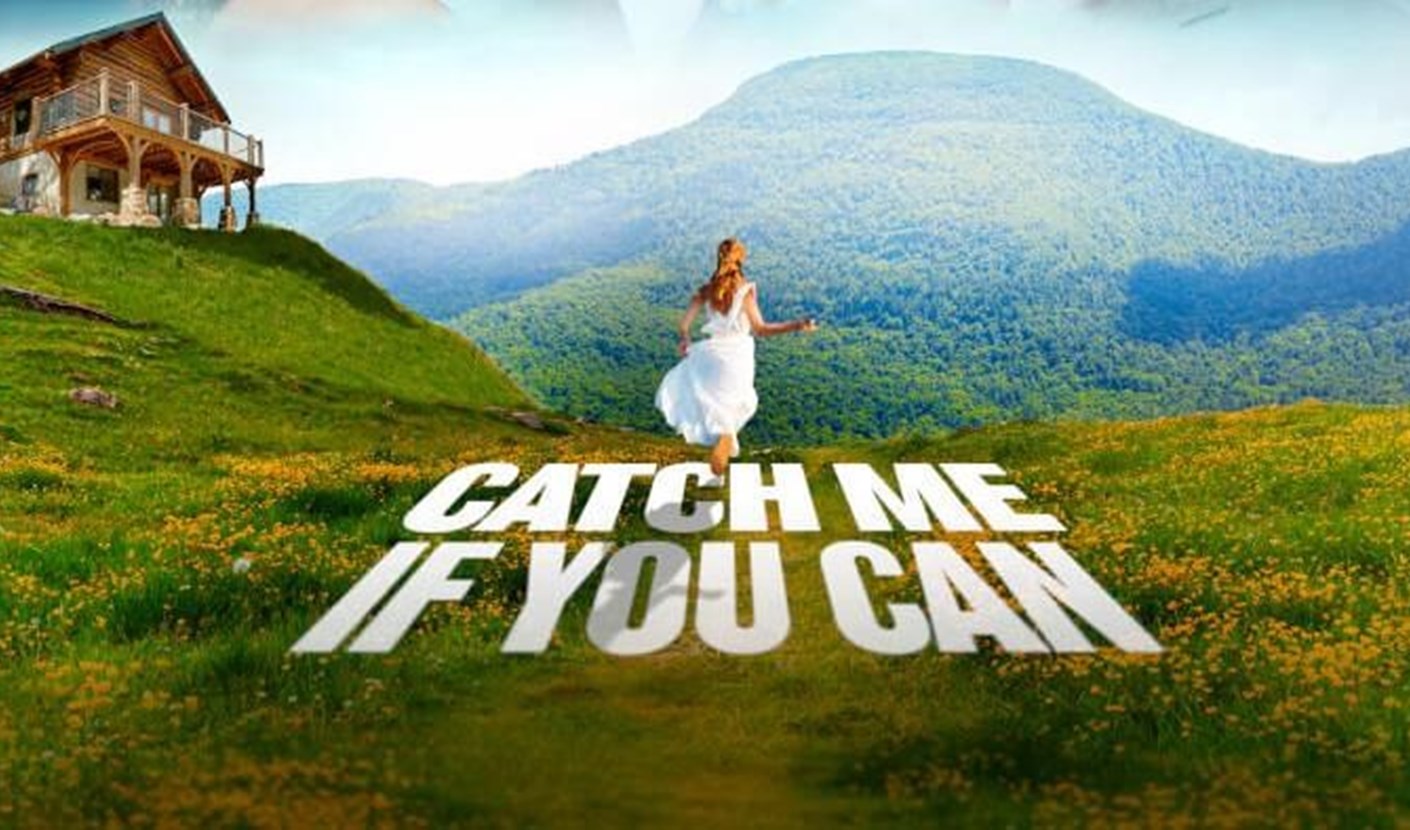 Patrick Duffy to star in new drama at Darlington Hippodrome

Dallas legend Patrick Duffy (The Man from Atlantis, Step by Step) and Linda Purl (Happy Days, Homeland) fly in from Hollywood to star alongside Gray O’ Brien (Peak Practice, Coronation Street), leading the cast in an exciting new production of the classic Broadway thriller Catch Me If You Can.

The play will embark on a nationwide tour in February and will stop off at Darlington Hippodrome in March. Adapted from Robert Thomas’s French play Trap for a Lonely Man, this highly entertaining mystery has inspired three successful screenplays.

Inspector Levine is called to a house in the remote Catskill mountains to investigate the disappearance of newly married Elizabeth Corban. But when Elizabeth suddenly turns up, her husband seems surprised - and this is only the beginning of a truly baffling train of events, in which nothing is what it seems and no-one is as they appear. Will this extraordinary sequence of surprising twists and turns lead to a murderous conclusion?

Patrick Duffy is known to audiences around the world for his 12 years in the role of Bobby Ewing in the primetime TV drama Dallas. Other notable roles include Mark Harris in NBC’s Man from Atlantis, Frank Lambert in the ABC sitcom Step by Step and Stephen Logan in CBS’ The Bold and the Beautiful. On stage, he played Serge in the award-winning West End production of Art.

Linda Purl’s numerous screen roles include Ashley (Fonzie's girlfriend) in Happy Days, Helene in the American version of The Office, Charlene Matlock in the legal drama series Matlock, and Elizabeth Gaines in Homeland. Her stage appearances include the international tour of Seven Deadly Sins Four Deadly Sinners, Blanche DuBois in A Streetcar Named Desire (Rubicon Theatre, California) and, most recently, Rosemary Clooney in Tenderly at the New Vic, Santa Barbara.

Gray O’Brien is best known for his portrayal of villainous Weatherfield businessman Tony Gordon in Coronation Street, as Dr Tom Deneley in Peak Practice and as Dr. Richard McCraig in Casualty. He played Milo Tindle in Sleuth at the West End’s Apollo Theatre.

We caught up with Patrick Duffy to talk about his new stage role as Daniel Corban :

What can audiences expect when they come to see Catch Me If You Can?

It’s different from the type of plays I did in school, in college and during my theatrical training. I did all the traditional things. We went through medieval morality plays through Shakespeare and the classics but I’ve never done one of these wonderful Agatha Christie-type whodunnits before, where the plot isn’t solved almost until the curtain comes down. It’s a great new rhythm for me to be in but it’s very similar, interestingly enough, to the sitcom world that I was in for seven years when I did Step by Step with Suzanne Somers because everyone is telling one level of lie to the other person and the plot gets reconciled in the last few minutes. And it’s great fun playing both sides of the character - the villain and the hero - until the audience finds out which side is the real one. I’ve never done something like this in front of an audience, especially a British audience, in my life before.

How would you sum up the character of Daniel Corban?

He’s one of the Mad Men. He’s from that era of advertising executives in the 60s, a womaniser, very good at what he does but at the expense of probably every relationship he’s ever been in. He’s Bobby Ewing with no morals.

Does the play present any specific challenges for you?

First of all it’s the rigours of it. I never leave the stage for the entire play and it’s exhausting but in an interesting way. Physically I’m not as exhausted as I am mentally and vocally. So I have to marshal my forces and live like a monk for the duration of the run, but that’s OK because it all serves the play.

The play premiered on Broadway in the 1960s but does it feel timely now?

I’d say it’s more timeless the way that a lot of great plots are. I don’t want to sound pompous but there are only about ten plots in the theatrical world and Shakespeare did all of them. It’s all about nuance; you put it in a different suit of clothes and set it in a different time period. The play is dated because we’re doing it a la the 60s but it’s not dated in terms of the content and thrust at all. It’s a timeless tale of duplicity and intrigue, and in the midst of it all there’s a comedy element which makes it extremely enjoyable.

We did a TV movie together last year [Doomsday Mom], which was after we’d fallen in love and were living with each other. But this is the first time I’ve been on stage with her and it’s frightening because she is such a consummate stage actress. She has such an amazing work ethic and such professionalism so when we got this job together I got cold feet at first. It’s daunting but also inspiring.

You became a couple after chatting on Zoom during lockdown. Do you think it would have happened under other circumstances?

I would tend to say, based on the almost two years we’ve been together now, that yes it would have because of the attraction, the pull and compatibility that we have for each other. All of those elements dictate to me that yes under any circumstances we’d be together, but I don’t know how long it might have taken. This was a great hands-off getting to know each other. There was never a time during the four-plus months we were communicating that I ever had to think ‘Gosh, it’s our third dinner. Do I kiss her and say goodnight?’ None of that played into it. I didn’t even know what her hand felt like. But we got to know each other on such a deep level that when we did meet in person we’d covered all of that territory and we were ready for this relationship. I think we’d have been ready at any point but this way is perfect. We’re two old ponies in the show now and we blend together extremely well.

You’ve done so much high-profile TV work in the likes of Dallas and Man From Atlantis but what have been your personal favourites over the years?

This sounds so trite but every one has been my favourite because they happened in sequence and always at the perfect time in my life. My first big job was Man From Atlantis when I was 25 years old; I was in good shape so I played a superhero. Then when I started Dallas it was much more what I had been trained to do on stage, playing the hero and the young leading man. Not only that but I worked with a person who on the first day of the read-through became the best friend I think I’ve ever had, namely Larry Hagman. Doing that show was 16 years of nothing but frivolity and fun. I loved doing Step by Step with Suzanne because again we were best friends. So each job in sequence has been the perfect next building block.

You appeared in the West End in Art. How do British audiences compare to those in your American homeland?

I’m gonna get killed in America for saying this but British audiences are dedicated theatregoers. People in America tend to go to see plays and shows in places like New York, Los Angeles and maybe Chicago but it seems like everybody in the UK knows theatre. They know ballet, they know opera, they know dramatic theatre, musicals and panto so they’re well-tuned to the theatre experience. They’re not going in on a learning curve and I find that really wonderful. British audiences to me are the quintessential audience to play to or to play with, I should say.

Is this your first time touring the UK? And what are you most looking forward to about it?

Yes, this will be the first time. I’m looking forward to travelling around the country, although this play is all time-consuming and as I say I’ll be living like a monk for 22 weeks. I’ll go to the theatre, spend every ounce of juice I’ve got, then recuperate until it’s time to go to the theatre again. I won’t get to do as much sightseeing as I’d like but the beauty is that we’re in a new town every week and we’re driving ourselves so we’ll get to see a lot of the countryside.

What’s the one thing you couldn’t be on the road without?

Linda! Also, I’ve been a Buddhist for 50 years now and I practice every day so I carry a small altar with me. Wherever I am I set up my little Buddhist altar and I do my morning and evening prayers. That’s something I do no matter where I am, whether I’m in England, the States, anywhere. And I’m a minimalist when I travel. Give me a couple of pairs of jeans and a couple of shirts; if I don’t have to go to formal dinners or do interviews I could live out of a small suitcase.

Catch Me If You Can runs at Darlington Hippodrome from Monday 14 to Saturday 19 March. To book call the Box Office on 01325 405405 or visit www.darlingtonhippodrome.co.uk