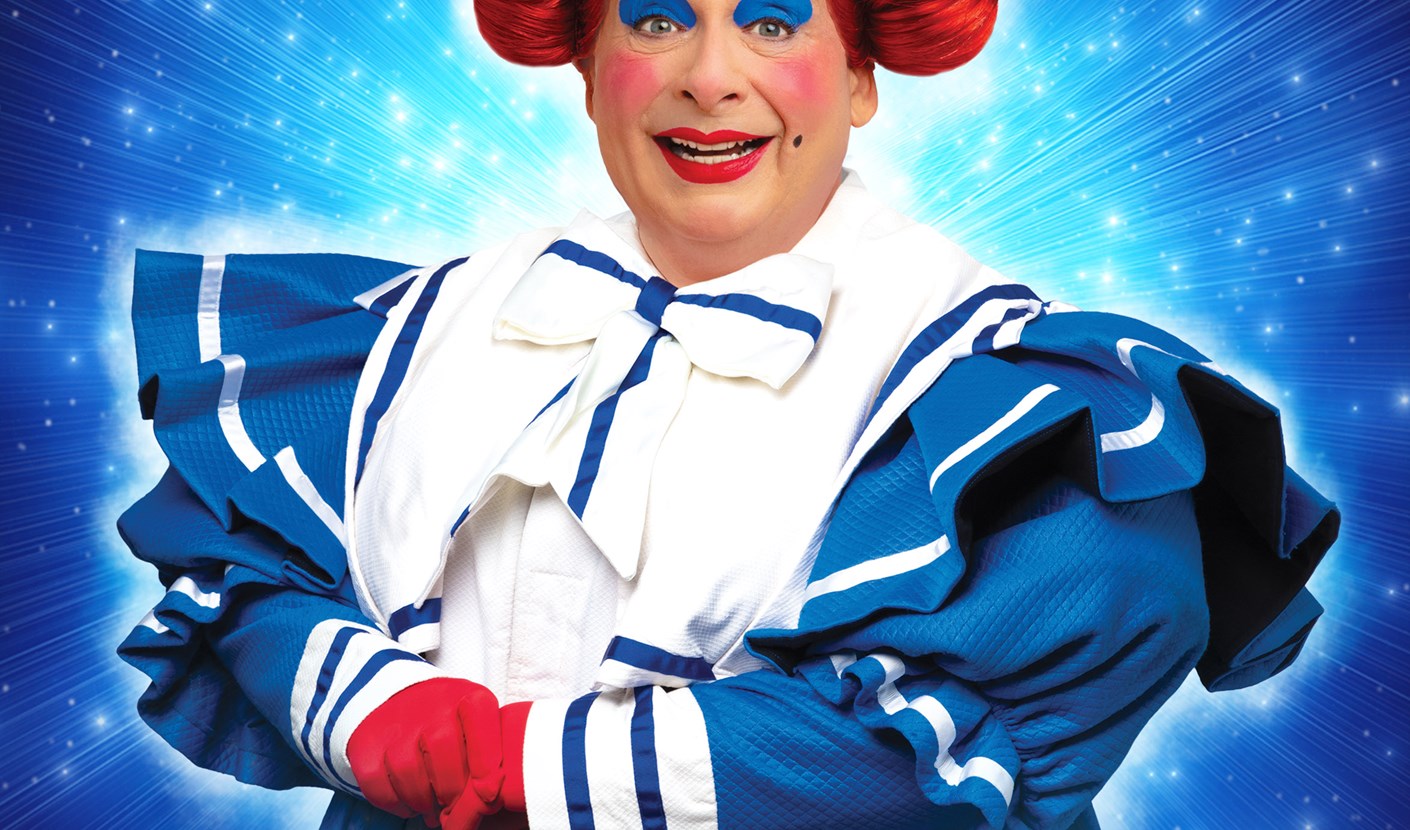 The Grand Dame Of Panto at The Hippodrome

Darlington Hippodrome is delighted to announce that stage, screen and pantomime legend, the one-and-only Christopher Biggins, will be returning to where it all began as he stars in The Pantomime Adventures of Peter Pan as Mrs Smee this Christmas from Friday 9th December.

A mainstay of entertainment over the last five decades, Biggins first started his panto Dame career back in Darlington over 45 years ago where he starred in Mother Goose, Dick Whittington and Jack and the Beanstalk at Darlington Civic Theatre, before forging a highly successful career in show business. Best-known for his numerous iconic television appearances, Biggins appeared opposite the late Ronnie Barker in the BBC sitcom Porridge, held roles in Whatever Happened to the Likely Lads?, appeared alongside Michael Crawford in Some Mothers Do ‘Ave ‘Em and played Nero in the critically acclaimed dramatisation of I, Claudius.

Biggins is also known and well-loved for his hosting credits, including co-hosting Surprise, Surprise, On Safari, appearing on numerous celebrity specials and as King of the Jungle having won ITV’s I’m a Celebrity…Get Me Out of Here! in 2007. On stage he has starred as The Baker in Joseph and the Amazing Technicolor Dreamcoat, played Herod in Jesus Christ Superstar and the Baron in Chitty Chitty Bang Bang in the West End.

It is pantomime for which Biggins is most-loved, entertaining thousands of festive theatregoers each year. From Glasgow to Plymouth, Biggins has donned a host of outrageous frocks and had audiences in fits of laughter year-after-year.

Biggins said: “I did my first ever pantomime as Dame in Mother Goose at the Civic Theatre in Darlington and I loved it. I’m thrilled to be coming back to Darlington this year as Mrs Smee in The Pantomime Adventures of Peter Pan at the Hippodrome. I can’t wait, I’m so looking forward to it!”

Chief Executive of Crossroads Pantomimes Michael Harrison said: “We’re delighted that Biggins will be starring as the comical Mrs Smee in this year’s production of The Pantomime Adventures of Peter Pan. Not only is he pantomime royalty and a stalwart of the artform, but he’s hilariously entertaining and sure to make this season very special for our Darlington Hippodrome audiences.”

Speaking on the casting, Heather Tarran-Jones, Programming and Development Director of Darlington Hippodrome said: “We are absolutely thrilled to announce that Biggins will be with us for pantomime this year. I am sure he will be a great hit with audiences of all ages making a welcome return to the Hippodrome where his panto Dame career began.”

The Pantomime Adventures of Peter Pan will be a fun-filled Christmas extravaganza with a fabulous cast and orchestra, laugh-out-loud comedy, stunning scenery and of course, plenty of audience participation.

Join Biggins on a swashbuckling trip this Christmas at Darlington Hippodrome where laughter is guaranteed by the barrel-load. Be part of the panto magic and hook your tickets today!

The Pantomime Adventures of Peter Pan runs from Friday 9 to Saturday 31 December. Tickets are on sale now with early booking advised. For full details and to book visit www.darlingtonhippodrome.co.uk or call the box office on 01325 405405